How to Use Wireshark to Sniff Ios App Requests

If you want to use wireshark on an IOS app or TCPdump for iphone traffic, you are on the right post! I wanted to analyze the traffic that my phone generates. On a computer such packet capture is super easy to do:
However, how to capture the traffic from my iPhone? Turns out it is pretty easy, as you should see below. And you do not even need to install a paid iPhone sniffer app, you can just use wireshark on your computer and sniff iPhone traffic. Have fun!

How to wireshark the iPhone's Apps and web network traffic

We will proceed in two steps:
Let's start with the creation of the virtual interface. 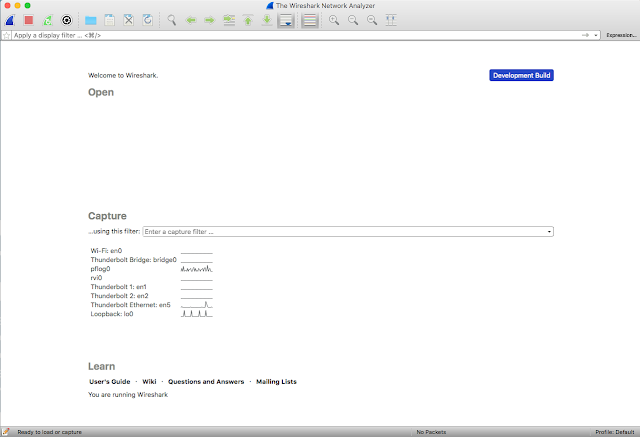 Finally let's analyze the Wireshark trace we have gathered:
Of course, most of the traffic is encrypted. So your capture will exhibit gibberish content. Don't be surprised. Especially with Apple moving towards full encryption of Apps communication with Application Transport Security (ATS) end of 2016.

To conclude the tutorial, let's consider a case where you just want to see TCP packets that bear your adId anywhere in their content. For this, tcpdump could be more convenient than Wireshark.


In above command we use:
Cut the capture when you are done with cmd+c or ctrl+c. Then we can use the usual suspects: grep, cat, to analyze the captured file.

Spam / promotional comments will be deleted. Links ok only for "real" comments. Please refer to the legal notice of this blog in case of questions.

In this blog I use some Amazon affiliate links. This means that I get commissions for purchases made through links in some posts.